Sign in  |  Create a Rediffmail account
Rediff.com  » Business » Why 'Make in India', why not Create in India?

Why 'Make in India', why not Create in India? The real issue in India is not between Make or Made/Create in India. We need both.
The solution is to create an eco-system where new ideas can flourish and convert themselves into new technologies and products, says Colonel Anil A Athale (retd).

Currently, there is a lively debate between the two concepts of 'Make in' and 'Made in' India. I am of the view that in the short term, to deal with our huge population of unemployed, some/anyhow Make in India is the immediate priority.

While it is not an ideal solution, it is certainly better than importing goods. In this initiative Indians at least get employment. Yet we must not forget that invented and made in India must be our goal. We must see the current debate on basic research versus applied research In this context.

Many moons ago, most likely in 1976 at the height of the Emergency, Indira Gandhi toyed with the idea of shutting down the Tata Institute of Fundamental Research with the argument that India as a poor country could not afford to waste money on basic research and instead must concentrate on 'relevant' and solution oriented applied research. Mercifully, better sense prevailed and she gave up the idea.

Of late, similar thoughts have been aired by some in the Modi government.

How relevant is basic research for India?

How do we develop technology to harness the discoveries/inventions of basic science to create usable technologies?

In the light of the current, rightful, emphasis on 'Make in India,' these are relevant questions and clear answers are needed for the country to move ahead in the right direction.

Basic research and applied research have a relationship that is like the umbilical cord has with the fetus. Without the discoveries of basic research, there will be no new applications.

Applied technology does not exist in a vacuum. But by the very nature of skills required, it is seldom the same person who makes a basic science discovery and also invents applied technology.

Two real life examples make an interesting case study. Sir C V Raman discovered the Raman Effect or varied diffusion of light waves when they pass through a liquid medium. In 2013, using the discovery, technologists constructed machines that can screen liquids and detect if they contain explosives.

The Raman Effect's use as a spectrometer for explosives in liquids is a development in the United Kingdom. A Cambridge professor took the initiative of a very old scientific result from fundamental optics (the Raman Effect) and used it for a real world application. He found the support and means to take it to the market.

Another, even more dramatic, example is the research in studying the immunity system against viruses in bacteria. Bacteria defend themselves against these invasive elements using an adaptive immune system based on clustered regularly interspaced short palindromic repeats, CRISPRs.

The CRISPR effector enzyme Cas9 extracted from bacteria was found to be an excellent tool to modify/edit genomes. Thus, this unrelated basic research gave a very powerful and accurate tool in the hands of applied scientists to change the basic DNA.

This one single basic discovery has given rise to the entire field of applied genetic change -- from fighting diseases to creating new, improved, crops etc.

A classic case of the relationship between basic and applied research is the discovery of penicillin, possibly the most important medical discovery of the 20th century.

The discovery of penicillin gave rise to the whole world of antibiotics that has helped mankind conquer diseases that were once thought to be incurable and often fatal.

Scottish biologist Alexander Fleming accidentally discovered the properties of the humble fungus in dealing with bacteria. While the British discovered penicillin, American companies commercialised it and made billions. Penicillin remains the most widely used antibiotic the world over.

Why has this process of basic scientific discoveries leading to applicable technologies not taken off in India?

While the examples cited above are mostly from the bio sciences, the situation is not very different in other physical sciences. There are two possible explanations for this phenomenon.

One is administrative and the second is the entrenched mindset in industry, a driver of innovation the world over. In India we have created a network of basic research laboratories/institutions and another network for technology training institutes. Between these two sets of institutes, there is very little interaction and communication.

These institutes operate as separate silos, protected, literally and metaphorically, by high walls.

Each institute jealously guards its own turf and information. With the lure of foreign funds and positions, these very institutes may share some of their findings at international conferences. But the effort at the national or local level is lacking. The technology institutes have become factories to produce undergrads for foreign shores.

Till very recently, the research component of these institutions was extremely weak. It would not be an exaggeration to say that our technology institutes have produced many technologists, but very little new technology. The funding for research has been niggardly and there is very little appetite for risk taking.

In the case of the private sector, the situation is not very bright either. The outlay for research that is shown by private industry is essentially a device to save tax, since there are tax concessions on offer. It is mere window dressing.

No new product or technology has been developed by the private sector that one knows of.

The basic mentality in a majority of Indian industrialists is that of 'trading' and at the first sign of trouble they revert to that. It is a norm to 'buy' technology and produce under license. Thus, the risk is minimised and profits assured.

India's Information Technology industry is no exception. The bulk of India's IT industry is basically about 'trading' in services -- pay lower costs at home and leverage the cost arbitrage. Again, like manufacturing, our IT industry has produced no new software or product.

The answer to this is to have startups with new ideas/technology. Currently, this is confined to web-based apps only, but has to expand to brick and mortar products as well. Here, the formidable Indian bureaucracy is the biggest hurdle.

An industrialist once told me that when he wanted to start an industry and approached various government agencies for permissions, he was treated almost like a criminal! From the window clerk onwards, he had to pay bribes and felt he was running an obstacle course.

The real issue in India is not between Make or Made in India or basic or applied research. We need both.

The solution is to create an eco-system where new ideas can flourish and convert themselves into new technologies and products.

Dismantling the formidable 'Inspector Raj' is more important that many seminars on this subject.

Colonel Anil A Athale (retd) is a military historian with a doctorate in social sciences. 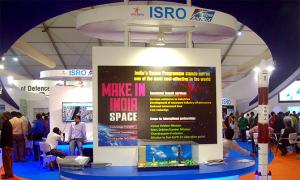 With pride and humility: Made in India @MakeInIndia 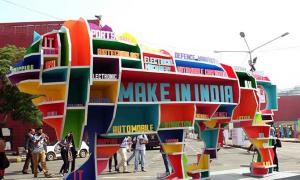 The united colours of Make In India 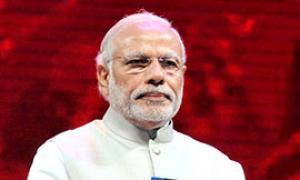 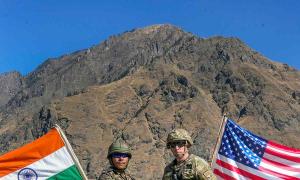 Jaishankar in RS: No normal ties with China till... 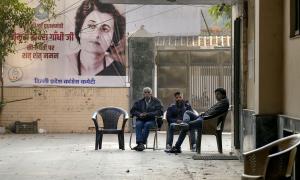 For Congress, Thursday's counting is hour of reckoning 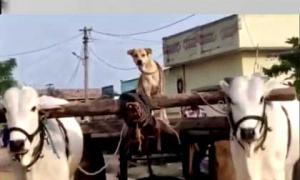 The Dog Who Drives A Bullock Cart 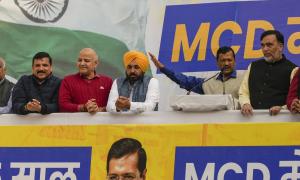 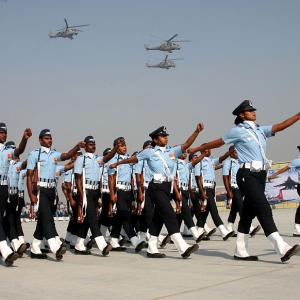 'I am God' won't Make in India