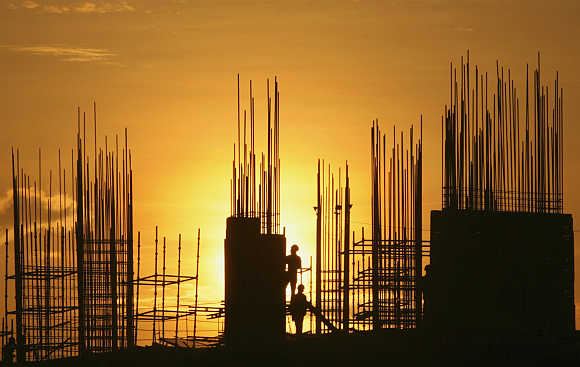 As if on cue, that evening the government announced a Rs 5/litre increase in diesel prices and capped the number of subsidised LPG cylinders a household could receive at six per year.

The next day the government announced a set of reform measures, including opening up to foreign direct investment in multi-brand retail and domestic civil aviation.

Despite a week of high-decibel opposition from various political parties and the exit of the Trinamool Congress from the United Progressive Alliance coalition, the government held firm on its decisions.

In subsequent weeks, there have been clear signs that the General Anti-Avoidance Rules proposed in the March Budget would be postponed by three years and the retrospective tax measures deployed in that Budget would be reviewed.

A complex scheme for resolving state electricity dues has been put in place.


Image: Labourers are silhouetted against the setting sun as they work at the construction site of a residential building in Hyderabad.
Photographs: Krishnendu Halder/Reuters 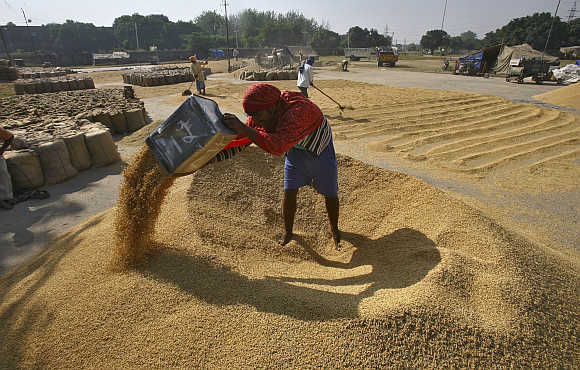 Last week the government followed up with Cabinet approval of a slew of legislative reforms, including the Insurance Amendment Bill (with FDI cap raised to 49 per cent), the long pending Pensions Bill and Companies Amendment Bill, the Forward Contracts (Regulation) Amendment Bill, and amendments to the Competition Act.

The Cabinet also formally approved the 12th Plan. Besides, a National Investment Board may soon be announced.

The sudden emergence of the government from somnolence and policy stasis to near-frenetic activity has undoubtedly improved short-term expectations substantially, catalysing around $4 billion of equity market inflows (net) by foreign institutional investors, lifting the Sensex by nearly 10 per cent and strengthening the rupee by about eight per cent against the US dollar.

The dire warnings of an imminent downgrade by major rating agencies have receded, the pink papers are replete with "big-bang reform" headlines and spokesmen for industry are buoyant.

What should one make of all this? Are we really launched on a reforms-fuelled burst of growth and superior macroeconomic performance of the kind we enjoyed in 1992-97 and 2003-08? Let us attempt a sober assessment. 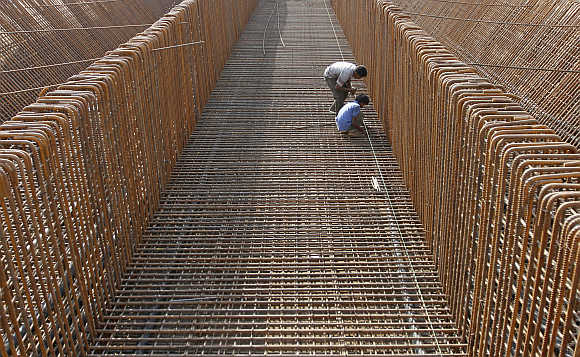 First, on the fiscal front, at mid-September prices, the diesel and LPG measures will probably reduce the Centre's subsidy bill by about 0.2 per cent of GDP, from around 2.6 per cent of GDP estimated by the recent Kelkar Committee report, leaving the expected total well above the March Budget's desired "cap" of two per cent of GDP.

The Kelkar report recommends increases in the issue price of foodgrain from public stocks in line with increases in minimum support prices, full decontrol of sugar, a 10 per cent increase in urea with annual cost-related adjustments to follow and a go-slow on the food security Bill.

The report also recommends a new system to accelerate disinvestment and cuts in Plan expenditure. None of this looks imminent. In that case, the Centre's fiscal deficit is likely to be at least 0.5 per cent of GDP higher than the 5.1 per cent budgeted, and the combined deficit (Centre plus states) close to eight per cent of GDP.

In short, the petroleum price measures announced last month were a good start, but if that's where it ends then we are left far short of a credible fiscal consolidation.


Image: Labourers work at the construction site of a flyover on the outskirts of Ahmedabad.
Photographs: Amit Dave/Reuters 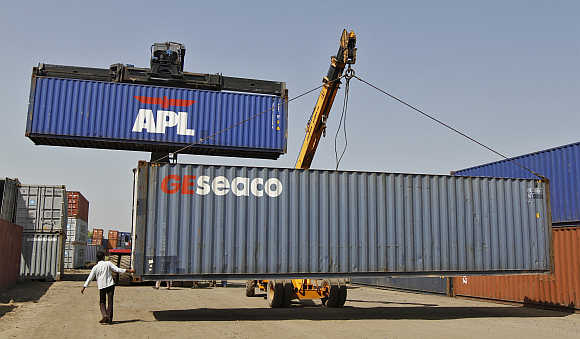 Second, the FDI liberalisation steps were significant pro-reform, pro-investment signals. But for those signals to translate into a substantial and sustainable improvement in the climate for real investment (as distinct from reversible stock market plays) a good deal more needs to happen.

Especially against the background of the past few years of stalled projects, regulatory and scam-related bottlenecks in key sectors and widespread indications of slowing investment.

There is no substitute for tackling the policy and regulatory constraints and uncertainties (especially relating to environment, land acquisition and fuel supply) in critical sectors such as power, coal, mining, roads, railways and telecom.

For this to happen, a politico-administrative system rendered deeply defensive and dilatory by weak governance, scams and their aftermaths of the last few years has to be re-energised and redirected.

A tall order under the best of circumstances. So it may be unrealistic to expect a quick rebound in real investment and growth.

Third, the recent surge in capital inflows is being mishandled. Instead of allowing the brunt of the inflows to be borne by an appreciating rupee, a good part of these inflows should be purchased by the Reserve Bank of India to rebuild reserves. 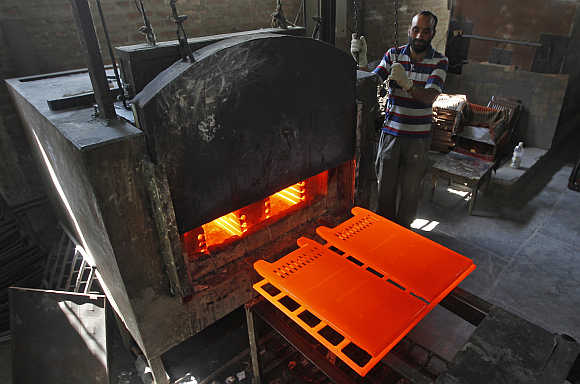 This would moderate the appreciation of the currency (and associated loss of competitiveness) and avoid the policy errors committed in 2009-10 when the real effective exchange rate of the rupee was allowed to rise steeply, to the subsequent detriment of our external deficits.

Our current account deficit remains exceptionally high at nearly four per cent of GDP and output and employment in manufacturing are stagnant. This is surely not the time to permit any significant nominal and real appreciation of the rupee.

Fourth, last week's Cabinet approval of a slew of (mainly) financial sector-related Bills was a welcome sign of an awakened government. Several of the Bills are hardy perennials which have been through the committee process in Parliament.

But it is one thing to confer Cabinet approval to a Bill; quite another to pass it in Parliament. The insurance- and pension-amending Bills will depend crucially on support from the Bharatiya Janata Party when they are placed in Parliament in the winter session. So nothing is guaranteed.

As for the proposed amendments to the Competition Act, the extension of the Competition Commission's jurisdiction to mergers and acquisition of banks seems ill-advised, when these are already scrutinised by the specialist regulator, the RBI.


Image: A worker stands next to a room heater manufacturing unit inside a factory in Srinagar.
Photographs: Danish Ishmail/Reuters 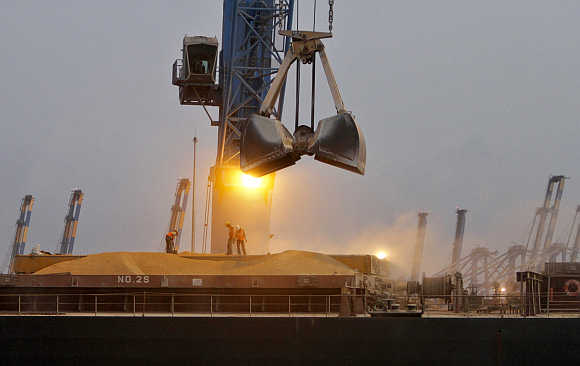 In sum, the measures taken so far are very welcome, though long overdue. They have certainly had significant positive effects on portfolio capital inflows and market expectations.

It is too early to assess their effect on real investment and output. The combined fiscal deficit for this year is still slated to be too high at close to eight per cent of GDP and the government's commitment to a medium-term fiscal consolidation programme remains to be announced.

The external trade and current account deficits also remain close to record highs and apprehensions of external vulnerability are hardly assuaged by the authorities' willingness to allow significant nominal and real appreciation of the rupee.

Until the bottlenecks and policy uncertainties in key infrastructure sectors are tackled seriously, the chances of an appreciable positive turnaround in growth, employment and inflation prospects remain small.

The associated stresses on the financial sector continue to be uncomfortably high. In a way, the measures announced over the past month have put the brakes on the prolonged downhill slide in macroeconomic performance. 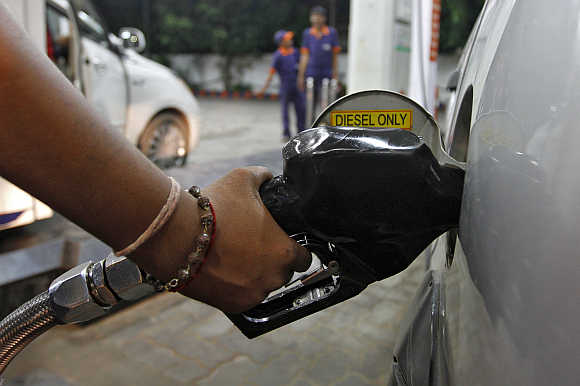 But by themselves they are probably insufficient to bring about a significant and sustainable reversal in the negative trends in growth, fiscal deficits, external imbalances, inflation and employment.

For that, we need stronger and sustained policy actions for fiscal consolidation, infrastructure performance and real reform. Till then, economic growth is likely to hover in the range of five to seven per cent, perhaps even five to six per cent. The lights are still flashing amber.

(The author is Honorary Professor at Icrier and former Chief Economic Adviser to the Government of India. These views are personal)


Image: A worker fills a car with diesel at a fuel station in Ahmedabad.
Photographs: Amit Dave/Reuters 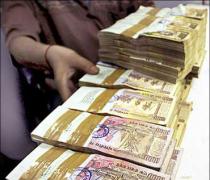 India's economic situation could be worse than 1991: Kelkar 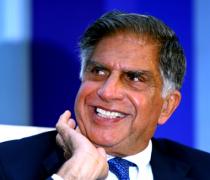 Can Chidambaram revive the Indian economy? 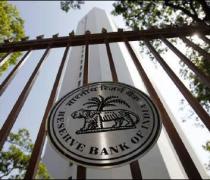 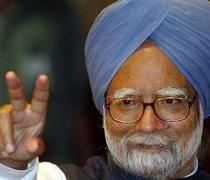