In a contest which saw fortunes fluctuate till the very end, Chennai chased down the 166-runs till the final ball of the last over bowled by R P Singh, leaving the crowds MA Chidambaram stadium gasping. 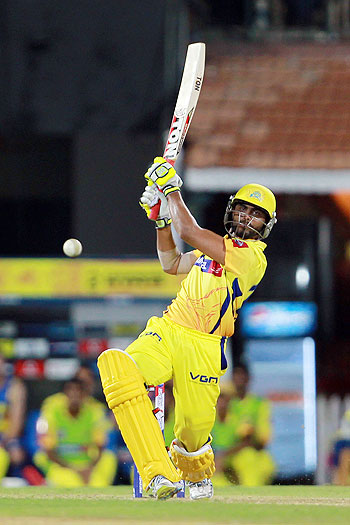 With 16 runs required off six balls, Jadeja hit the first ball for a four, followed by a huge six over long-on to bring down the equation to six needed off four.

Jadeja edged the ball straight to third man as he tried to cut where an alert RCB skipper Virat Kohli completed a clean catch but the visitors' joy remained short-lived after umpire signalled it a no-ball.

Chennai got a run for the overstepping and another one for the single they snatched as the catch was taken, thus resulting in their sensational win over southern rivals.

Rampaul had struck two crucial blows in the 19th over to make the life difficult for CSK batsmen but Jadeja had other ideas as he again proved his million-dollar worth for the two-time champions.

De Villiers blazed his way to a 32-ball 64, laced with eight fours and one six, while Kohli cashed on a dropped chance and caught-behind appeal to score 47-ball 58 as the visitors put up a sizeable total after invited to bat.

Chennai got off to a disastrous start as they lost both their openers Mike Hussey and Murali Vijay with just 10 runs on board.

First Rampaul got rid of Vijay (2), who was caught behind by Arun Karthik. Before the side could recover, Vinay Kumar inflicted another blow by sending back Hussey (6).

The twin blow slowed down the pace of CSK's run chase as Suresh Raina and S Badrinath concentrated on building the innings while looking for the occassional boundaries.

RCB bowlers kept a tight leash over CSK's scoring rate as they did not allow the pair of Raina and Badrinath to play their shots freely.

Raina tried to break the shackles with three fours off Kumar's second over to put their fight campaign back on track but found the going tough against other RCB bowlers.

Both took the team's total past the 50-run mark in nine overs, as the pressure of the mounting run-rate weighed heavily on them.

Raina, in his bid to accelerate the scoring, went for an expensive pull off left-arm spinner Syed Mohammad but only managed to get a top edge which was taken up cleanly by Murali Kartik at short third leg. He went for 22-ball 30 laced with five fours.

Badrinath too departed an over later for 29-ball 34, caught by Mayank Agarwal at deep cover off Syed Mohammad.

With 84 required off 42 balls, skipper Dhoni (33) walked out to loud and vociferous cheer from the home fans.

Dhoni struck straightaway as he dispatched Singh's length ball high and far into the stands behind deep midwicket.

Dhoni found an able ally in Jadeja as both mixed caution with aggression to keep the scoreboard ticking. Both ran hard for ones and twos to build pressure on the RCB fielders, bringing down the equation to 65 runs off last five overs.

Dhoni hit Rampaul for a four and a six and then accumulated 12 runs off Vinay Kumar's next over to make it 29 off 12 balls.

Just when it looked like that Dhoni could pull CSK out of the woods, Rampaul struck two crucial blows in the form of Dhoni and Dwayne Bravo. Dhoni hit two sixes and a four in his 23-ball knock.

But Jadeja held his nerve and took his side home for their second win from three matches in the tournament.

Earlier, Bangalore were on course to put up a total in excess of 180 but CSK pacer Chris Morris pegged them back with his twin strikes in the 17th over.

Morris finished with a figure of three for 40, which included the prized scalp of hard-hitting West Indian Chris Gayle and Kohli.

Kohli and de Villiers sent the CSK bowlers on a leather hunt as both scored at a brisk pace to enthrall the packed crowd with their dazzling strokeplay.

The pair put on an 82-run partnership for the third wicket in just 48 balls to lay the foundation for a strong total.

Kohli, who was looking good at the other end, survived a confident caught-behind appeal off Bravo in the 12th over.

Kohli again got a reprieve when Bravo dropped Kohli off his own bowling in the 16th over. He, however, could not make the most of the dropped chance as he was caught by Dhoni behind stumps off Morris in the very next over.

The same over saw the dismissal of Daniel Christian (2), who was caught by Suresh Raina at mid-wicket.

Even after their dismissals, de Villiers was unstoppable as he went about his business in style, hitting CSK bowlers at will. The South African was dismissed on the last ball of the RCB innings after he was caught by deep extra cover by Bravo off Nannes. 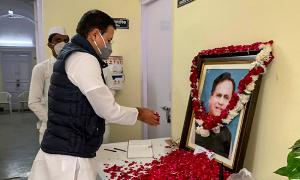 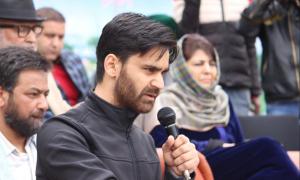 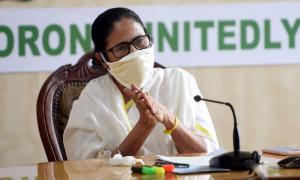 Will ensure TMC win even if BJP arrests me: Mamata 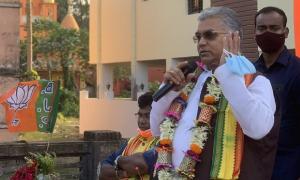 IPL: Will Chennai trump RCB in battle of equals?