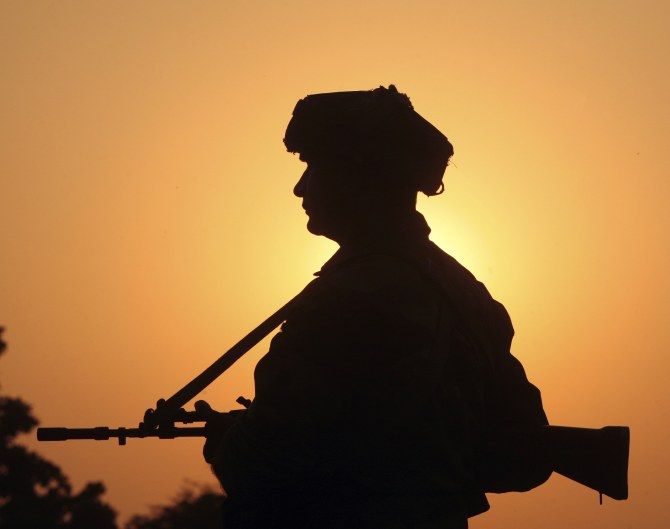 It would be foolish for Pakistan to assume that India would not act no matter what the provocation is, just because it is militarily more powerful than Myanmar and is armed with nuclear weapons, says Anand Kumar.

The Indian Army’s retaliatory and pre-emptive operation in the bordering areas of India and Myanmar has evoked a very interesting reaction from India’s neighbour on the western border.

Pakistan, which has been engaged in proxy war against India by using terror outfits, has stated that India should not contemplate a similar operation inside its territory as Pakistan is not Myanmar.

While it is true that Pakistan is different from Myanmar in many ways, it also raises an important question: does that give Pakistan the right to sponsor terror against its neighbours?

Few would dispute that Pakistan is militarily far more powerful than Myanmar.

Moreover, it is a country armed with nuclear weapons and missile systems that are capable of delivering these weapons. Its nuclear arsenal is the fastest growing in the world.

What is worse, it is trying to develop tactical nuclear weapons for actual use in war situations. Pakistan has also been getting advance weapons system from the United States, supposedly for fighting the war against terror.

As both India and Pakistan have nuclear weapons, they would not like to engage in direct war, lest it escalate to a nuclear conflagration. In the past, however, India was forced to defend its territory in Kargil in Jammu and Kashmir.

Once Pakistani intrusion became known, it was almost impossible for India to hold back its forces from clearing up the areas occupied by Pakistani regulars pretending to be jihadi elements.

Similarly, there was extreme pressure on the Indian government following the attack on Parliament in 2001, and the 26/11 Mumbai attacks, to take retaliatory measures against Pakistan. In both cases, Pakistan was assuming that it is India’s responsibility to avoid a full-fledged war from breaking out which could even go nuclear.

War is undesirable and does no good to any country. However, history has also taught us that often, not acting against an aggressor leads to undesirable consequences. Germany’s conduct in the Second World War is a case in point.

While Germany indulged in aggression, Britain hoped that somehow war could be avoided, but that unfortunately did not happen. Similarly, Pakistan’s continuously hostile acts may create a situation where India could be forced to act.

However, India’s reaction would depend on the prevailing situation and the kind of provocation provided by Pakistan.

It would be foolish for Pakistan to assume that India would not act no matter what the provocation, just because it is militarily more powerful than Myanmar and is armed with nuclear weapons.

On the other hand, a better course for Pakistan would be to act against the terror groups such as Lashkar-e-Tayiba who have found shelter in its territory, and whose actions in India could actually lead to surgical strikes inside Pakistan.

Pakistan has been two-timing with terror. On the one hand, it is running Operation Zarb-e-Azb against Islamists whom it considers a threat to the Pakistani State. Its soldiers are going all out against them even at the cost of huge collateral damage.

On the other hand, they are protecting people such as Jama'at-ud-Dawa chief Hafeez Syed and organisations like the LeT, whom they think can be used to further the proxy war against India.

Pakistan similarly tried to take the United States for a ride by claiming to be its frontline ally in the war against terror. They extracted a huge price from the US in financial and military terms but maintained a dubious role.

The Americans subsequently became aware of the double game and when they got to know about Osama bin Laden’s whereabouts, they took a unilateral action in Abottabad where the latter was being kept in a safe house by the Inter-Services Intelligence. Pakistan was kept in the dark about it, and was informed only after Osama was killed.

It is true that India is not the US and Pakistan is not Myanmar, hence unilateral action may not be that easy in the case of both countries. But it is also true that the security situation in south Asia is changing.

It is likely to further change in the aftermath of the US withdrawal from Afghanistan. The Taliban in Afghanistan and other terrorist groups in Pakistan are gaining strength. If nothing else, then a decaying State structure in these countries can embolden the terror groups to launch bold operations.

Meanwhile, we have a government in India which wants to engage in nation-building, which requires peaceful conditions. Hence, it’s highly unlikely that India would provoke a war with any of its neighbours, including Pakistan.

However, the present government also professes zero tolerance towards terrorism. The constituency that has brought it to power wants the government to implement this policy.

No doubt, countries should not violate international law, but respect the sovereignty of other countries. It is equally important that countries that harbour terror behave in a responsible manner and do not indulge in acts that threaten the safety and security of other nations and neighbours.

It is unfortunate that Pakistan, instead of saying that it would not sponsor terror and would not allow its territory to become a safe haven for such elements, has tried to flex its military muscle. A much better course for Pakistan would be to take action against terror elements and not let a situation develop where such action is even contemplated.

Image: An Indian soldier keeps vigil near the site of a gun battle with suspected militants at Pindi Khattar village in Arnia near the border with Pakistan. Photograph: Mukesh Gupta/Reuters.

The writer is associate fellow, Institute for Defense Studies & Analyses. 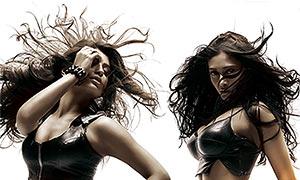 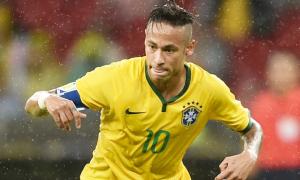 He's got the skills! 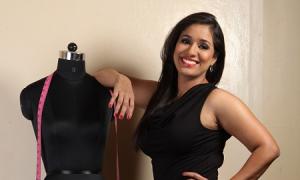 The yes that mattered 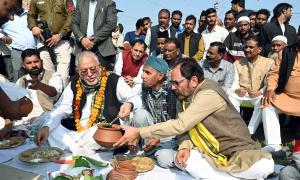 Polls have sanctity, no stopping: SC in Rampur plea 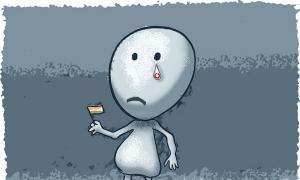 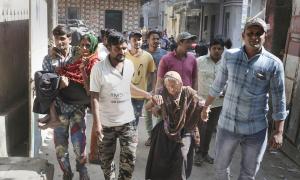 Gujarat: AAP upbeat, but it's BJP's election to lose When Nagas Danced At Hornbill Festival 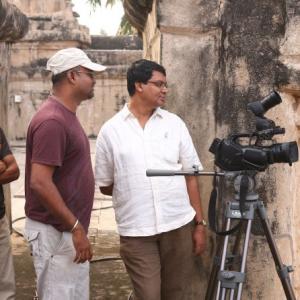 'I am a Tamil-speaking Muslim, I wanted to know my roots' 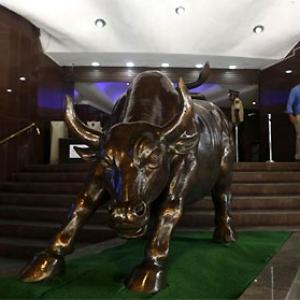 Markets keep an ear to the ground