Sign in  |  Create a Rediffmail account
Rediff.com  » News » 'There is only one law and that is the law of nature!'

'There is only one law and that is the law of nature!'

'Nature doesn't bother even if the Supreme Court says it is legal!'
'If something is in the wrong place, it will be damaged or destroyed by nature.' 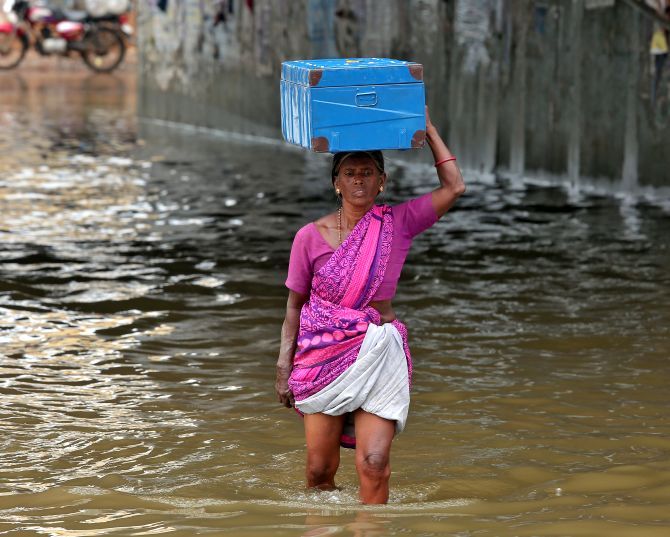 IMAGE: A woman wades through a water-logged subway after rains in Chennai, November 3, 2017. Photograph: P Ravikumar/Reuters

Another year. Another monsoon and floods again in Chennai.

This grim situation is not confined to Chennai alone. All the big cities in India -- Mumbai, Bengaluru, Kolkata, Hyderabad -- suffer when the monsoon arrives.

Why do the citizens of big cities suffer when something natural like the monsoon arrives? What is wrong with city planning in our country?

Environmental activist Nityanand Jayaraman discusses rains, the cities of India and our apathy to the environment with Rediff.com's Shobha Warrier.

Mumbai, Bangalore, Chennai.. all the big cities suffer and get flooded when it rains heavily. We blame politicians and the civic authorities.
Are the people also not responsible for this kind of disaster?
The suburbs in Chennai get flooded because we have built multi-storeyed buildings on water bodies.

People buy houses built by builders. Large builders are in collusion with the government to get building norms and regulations changed so that they suit them.

You mean, a real estate-politician mafia...

I would not call it a mafia. What I am saying is, the real estate businesses are in cahoots with the political establishment and they get the law changed to suit them.

For example, the Coastal Zone Regulation has been diluted several times in order to allow more intense constructions close to the sea.

There is corruption by the real estate people and political establishment. And when ordinary people go to buy land, they look only for approvals by the various government agencies.

People think that since there was this government approval, they would have done all the research and it was a safe place for inhabitation.

Everything will be fine until the rain comes.

Are you saying we are not to be blamed at all for the fiasco?

No. People are to be blamed because they do not question the government, not hold them accountable, and do not challenge power.

They cannot to be blamed for buying a plot in a place which has government approval.

If you look at the master plan for Chennai, 2,000 acres of Ennore creek is earmarked for developing hazardous industries.

When the master plan itself says they will build hazardous industries on water bodies, how can you hold people accountable for this kind of disaster? 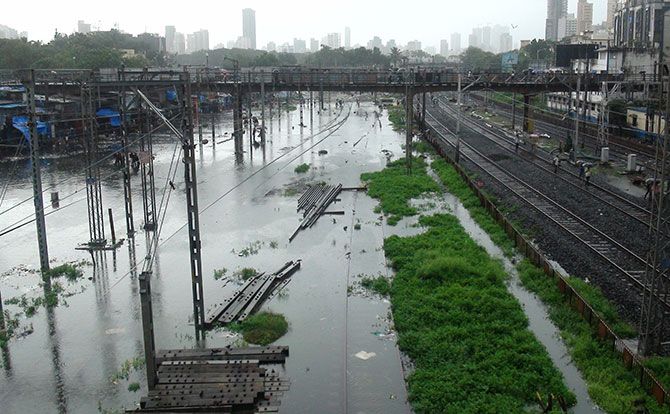 This is not the case with Chennai alone; Mumbai, Bangalore, Hyderabad, all get flooded when it rains. What is wrong with our city planning?

The answer is very simple. Who is the most powerful in a city? The real estate people.

If you look at the Vision 2020 or Vision 2050 for Chennai, it is not prepared by the slum dwellers or the ordinary people of Chennai.

It means the vision of a city is from the eyes of the builders and not from the point of the people who live there.

In Mumbai, there was a proposal to dilute the Coastal Regulation Zone.

Entire Mumbai is a low-lying area and if you are going to build closer to the sea, you are inviting disaster.

The fact that the real estate people have very close connections with the corporations, councillors, legislators is the reason why so many buildings come up in places they were not supposed to.

I will say people are to be blamed only for not holding these people not accountable. These authorities are the ones who have endangered the lives of millions of people. 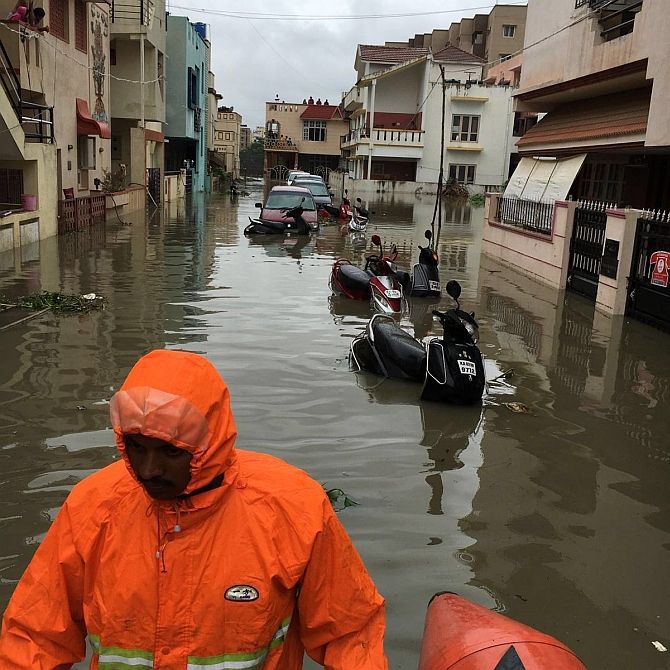 Is there any way we can save these big cities? Or are they doomed?

The only way you can save (these cities) is by making them smaller.

Shrinking the cities will go a long way in reducing its vulnerability.

What we are doing is we are expanding all the big cities -- whether it is Mumbai, Bangalore or Chennai.

And expansion takes place on land and not water.

How much water will you require for such a big area?

How many water bodies will you bury in the name of cities?

It is like swinging from one disaster to another.

If you look at the last 24 months, we have had 5 disasters.

You had floods, you had a heat wave, you had water scarcity, you had a cyclone, and now again floods. 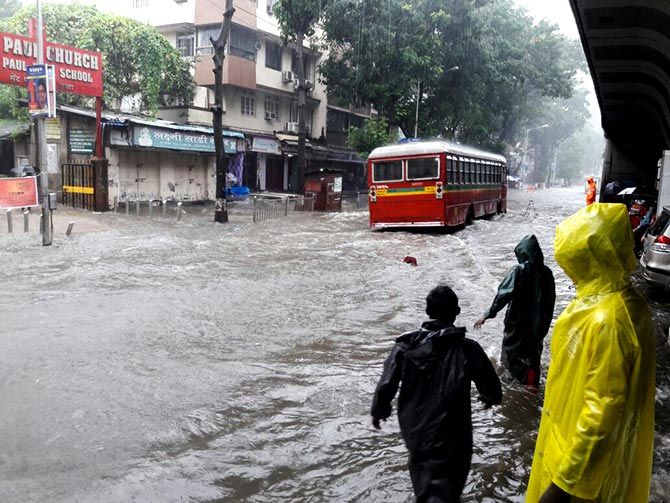 IMAGE: A scene from the August 29, 2017 flooding in Mumbai. Photograph: Sahil Salvi

You were talking about the expansion of cities, but the fact is cities in their current size are not able to cope with various natural phenomena.

So, there is no way we can save cites like Bangalore, Chennai, Mumbai etc unless you de-congest these cities.

Water needs to flow and it's not going to negotiate with you.

Water will not say, okay, you have provided me with a storm water drain, I will take only that route.

For that matter, rivers also have a certain capacity and during the monsoon, it overflows sometimes.

But if you have dense settlements on the banks of the river, it is but natural that the settlements get flooded.

In 1980, only 47 sq kms of Chennai was built up with concrete. Whatever water falls on concrete runs off and go into the drain.

If the drain capacity is adequate, water will go without any problem.

At that time, we had a large area that was open to the sky and water would soak in those open areas.

For example, if you have 100 litres of rain pouring, about 80 litres got absorbed by the soil and 20 litres would flow.

Today, with the concrete areas increasing, only 20 litres get absorbed and 80 litres will flow.

You must also realise that the drain size is the same. You cannot engineer your way by creating storm water drains.

When you do that, you expose yourself to other vulnerabilities.

Similarly, the size of the river has become smaller as you have encroached its banks, so it is bound to flood the settlements on the banks.

In Chennai, they are also talking about making straight channels from inland areas and connecting them to the Bay of Bengal.

If you do that, the sea will come into the inlands in the remaining times.

The three river mouths are already the points of entry for the sea into the city, and if you make five more openings along the coast, the sea will have five more entries to move into the land.

The cyclonic tide will march into the city through five more entry points and inundate low-lying areas and also make the ground water salty.

During the floods, the government is looking at evacuating water.

And during drought, they look at creating new water.

Neither the government nor the people have stopped to think about the water's right to flow or stay.

You may say I have approval from the development authority, but will water ask for the approval before coming into your house? 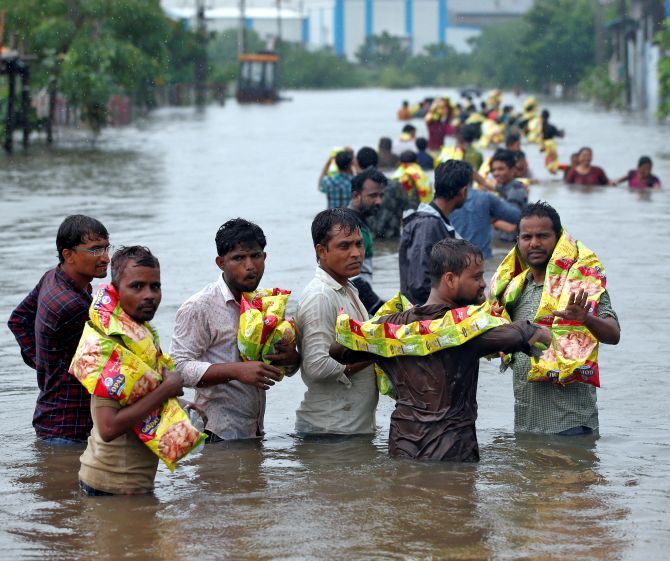 IMAGE: People carry packets of snacks handed out by volunteers in a flooded neighbourhood after heavy rains in Ahmedabad, July 2017. Photograph: Amit Dave/Reuters

Is it because we have stopped respecting nature that we fear rain, thunder and lightning?

Our individual relationship with nature has broken.

No matter what happens to the water bodies outside, we know that our water will come in plastic bottles.

Do you feel our idea of development today is building more high-rise buildings at the cost of nature?

Today, development is putting concrete on top of open earth and concrete is anti-water.

Is there any solution? Yes, there is: Stop cities from growing. Because all our cities are well past their capacity.

The liveability of our cities has gone down.

Number two, we have to shrink cities in a planned and phased manner.

The way to shrink cities is by providing opportunities in rural areas.

Why do people migrate to the cities? Because there is nothing happening in the countryside.

We talk about these things when there are disasters and disasters are great moments of learning.

People now know that floods are not due to heavy rains and they have made the connection.

The next step is to act on the connection and make governments accountable.

People also have realised that engineering interventions will not solve the problem, it will only make it worse.

What is required is de-urbanise, de-congest and ruralise the population.

They say environment and development should balance each other, but we should understand that the environment will not do any balancing; the balancing has to be done by us.

There is only one law and that is the law of nature!

Nature doesn't bother even if the Supreme Court says it is legal!

If something is in the wrong place, it will be damaged or destroyed by nature. 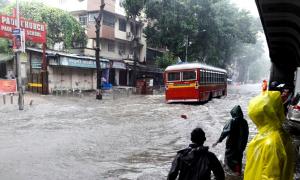 Their flood vs Our flood 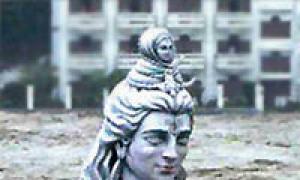 When Amitav Ghosh issues a warning, it's time to listen 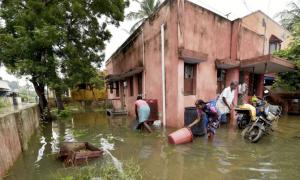 Why we are to blame for the flooding in our cities 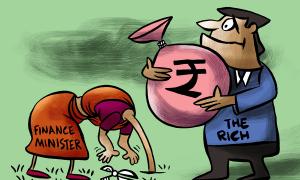 Kumbh should only be symbolic amid Covid crisis: PM Check out the BEST Videos of the Week! 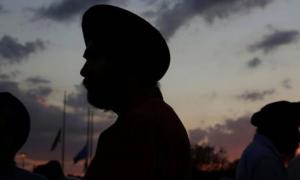 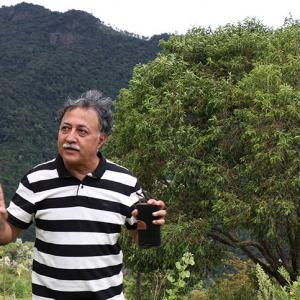 'India is blazing down a tunnel'