Source: PTI
September 02, 2012 18:04 IST
Investigators probing the terror module busted in Karnataka have claimed that the arrested 11 youths were inspired by the contents of an online magazine which glorifies activities of the Al Qaeda in Afghanistan.

Sources in a joint team of central security agencies comprising officials of Intelligence Bureau and Research and Analysis Wing conducting the probe claimed on Sunday that during questioning of the arrested people it has emerged they had been apparently indoctrinated to join the terror module by various inflammatory speeches uploaded on the Internet and writings in the magazine of the sleeper cell of Pakistan-based terror outfit Lashkar-e-Tayiba.

The arrested include a journalist working with a prominent newspaper in Bengaluru and a junior research fellow of the premier Defence Research and Development Organisation.

The arrested persons have spoken extensively about an online magazine --Inspire -- linked to the Al Qaeda and published from somewhere in Yemen where articles relate towards drawing youth to an "armed war" against Americans, India, Israel and other Western countries who have allied with the US in Afghanistan, the sources said.

The laptop and pen drives seized from the arrested people also showed their extensive visit to websites that spoke about joining of terror modules and how to conduct reconnaissance and surveillance of individuals and important targets.

The magazine has been touted by many United States think tanks, as an effective tool of banned Al Qaeda terror group for recruiting youths without getting in physical contact with them.

According to US think tank Center for Strategic and International Studies, the Al Qaeda and its Associated Members recognised the importance of information and communication technology and has exploited it for training purposes.

It says that the magazine has provided instructions on topics such as "how to make a bomb in the kitchen of your Mom" and how to clean AK-47 besides other traditional propaganda pieces.

Parents and kin of the arrested youth have denied allegations levelled by the police and have also demanded an impartial probe to ascertain the truth. However, sources privy to the probe claimed that the youths arrested in Bangalore were inspired by the writings of the magazine and had contacted brother of Shahid Bilal, a Hyderabad resident killed in a gunfight at Karachi in Pakistan.

The sources said that at least four youths had expressed their desire to fight along the Al Qaeda cadres in Afghanistan, a proposal which was turned down by brother of Bilal, who is believed to be holed up in Saudi Arabia.

The youths had told the investigators that they were instructed to carry out some attacks in India before graduating to fight the American troops in Afghanistan, the sources claimed.

In this connection Mirza alias 'Chotu' had visited Pakistan and got arms training there and after returning he made others also learn some of the basics in arms training, the sources alleged.

As a result of the instructions from their handlers in Gulf, the youths had actually planned to kill one of the columnist working in the same newspaper where Siddiqui was working, the sourced alleged and also claimed that his movements had been followed closely.

The entire terror network was a result of extensive investigation by the Andhra Pradesh police and Central security agencies for last six months during which mobile phones and Internet activities of these people was monitored closely to gather as much as evidence against them.

"Police have so far seized from the suspects one foreign-made 7.65 mm pistol along with seven cartridges, 16 mobile phones, eight SIMs, four ATM cards, three pen drives, two laptops, a Hero Honda Splendor motorbike, a dagger, seven books on jihad, two maps of Chennai and one each of India and Iran, some Urdu paper clippings and Rs 1,500 in cash," Police Commissioner of Bangalore B G Jyothi Prakash Mirji had said.

Some of the members of this group have been arrested from Maharashtra and Andhra Pradesh as well. 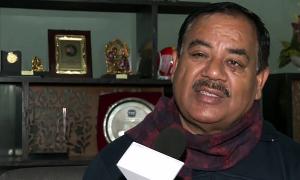 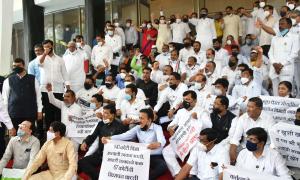 K'taka terror plot: Hunt on for mastermind in B'luru