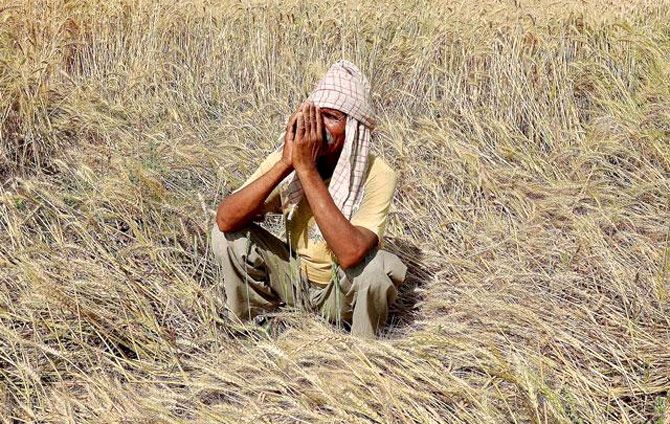 Tamil Nadu would be declared a drought-hit state in view of deficient Northeast Monsoon and central funds will be sought to meet the situation, Chief Minister O Panneerselvam said on Tuesday.

He also proposed various measures, including land tax waiver for farmers, to mitigate their suffering.

‘Following deficient north-east monsoon rainfall in all parts of Tamil Nadu, all the districts will be declared as drought hit,’ he said in a statement.

Panneerselvam made the announcement a day after reviewing the reports submitted by panels of Ministers and senior officials which conducted state-wide inspection of the farming sector.

The chief minister said the teams had submitted their reports on Monday following which he chaired a review meeting with his senior cabinet colleagues and chief secretary among others.

To manage the situation, he said land tax payable by farmers in all districts will be waived completely while the loans availed by them in cooperative banks will be converted into mid-term ones.

Efforts will be made to convert such loans in commercial banks also to mid-term loans, he said, besides announcing other measures.

'Since entire Tamil Nadu is affected by drought, huge expenses will be incurred in protecting the people and therefore central financial assistance will be sought. A memorandum seeking drought relief will be sent to the Centre soon,' he said.

Recalling an earlier Government Order on damage to crops, Panneerselvam said paddy farmers and those who had sowed other irrigated crops and have suffered over 33 per cent loss will be provided with Rs 5,465 per acre as relief while it will be Rs 7,287 for long-term crops.

'Crop cutting experiment' will be expedited to ensure farmers who had insured their crops get the money from the companies, he said.

Panneerselvam said steps have been taken for providing crop insurance.

Though the state government would incur more expense, it was being implemented in view of the benefit to farmers, he added.

The chief minister said that in the past, the state government’s contribution to the crop insurance premium was Rs 40 crore, but this year it would be Rs 410 crore.

Similarly, farmers who had raised other crops like maize and turmeric were also eligible for crop insurance, he said.

To address unemployment arising out of drought, working days under MGNREGA will be increased from the present 100 to 150, while works including desilting of water bodies in rural parts and others will be taken up for Rs 3,400 crore.

The government would implement schemes worth Rs 160 crore to address drinking water supply shortage in urban parts and allocate Rs 360 crore for similar efforts in rural areas, he said.

The Public Works Department would take up water storage and underground water enrichment efforts at an estimated Rs 25 crore.

An amount of Rs 78 crore will be earmarked to cater to the Animal Husbandry and Fisheries sectors and Rs five crore for providing food and water for forest dwelling animals, he said.

Image for representation only. 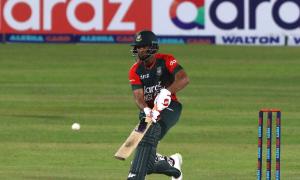 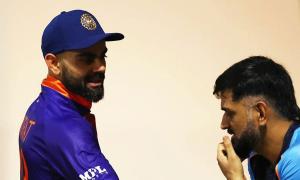 'Having Dhoni in dressing room brings sense of calm' 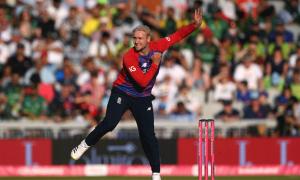