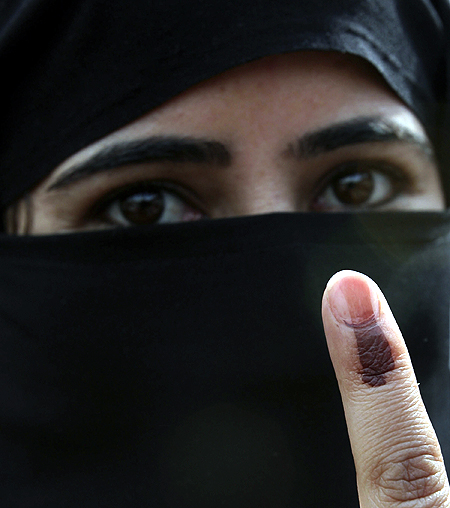 Image: A voter displays her finger after casting her ballot in Kashmir.
Photographs: Amit Gupta/Reuters

The idea of a Muslim vote bank is conceptually problematic and analytically unhelpful, says Hilal Ahmed, an associate fellow at the New Delhi think-tank, the Centre for the Study of Development Societies.

Ahmed believes the Samajwadi Party won the assembly election in in Uttar Pradesh, not merely because of Muslim support, but because a majority of the electorate voted for the party.

On the other hand, Ahmed tells Rediff.com's Faisal Kidwai, the Bharatiya Janata Party and the Congress failed because they were unable to produce sensible political claims.

Some say Muslims vote as one vote bank. What are your thoughts?

This notion of the Muslim vote bank is based on a strong assumption that Muslims are 'tactical voters' -- as if all Muslims voters are fully aware of and committed to a few identified 'Muslim issues'; as if they discuss all such issues in mosques and take decisions; as if, on the fateful day of the election, they cast their votes accordingly.

I do not think this is a sensible way of doing any kind of political analysis.

'Muslims are divided on caste, class, region, language and even religious lines' In my opinion, the idea of Muslim vote bank is conceptually problematic and analytically unhelpful -- it is problematic because the Muslim community in India is highly diversified.

Muslims are divided on caste, class, region, language and even religious lines. It is almost impossible to club all these Muslim communities into one category to identify some kind of political pattern.

At the same time, this notion of Muslim vote bank is analytically unfeasible because it does not allow us to look at the internal struggle between Muslim political groups and organisations.

My research agenda is to understand the multifaceted nature of modern Muslim politics in post-colonial India.

I do not think that the so-called Muslim issues -- Partition, Pakistan, personal laws, Urdu, Aligarh, Babri Masjid, Rushdie, etc -- can be taken as the determining markers of Muslim political engagements.

Although these debates need to be studied systematically to find out the ways in which certain specific claims are presented as 'Muslim demands', Muslim political participation cannot be confined to these issues.

I suggest that the activities of a few organisations, political groups and individuals, who claim to represent Muslims and the participation of common Muslims into various political processes (including those forms of politics where Muslim join in as workers, peasants, displaced people and so on) constitute what can broadly be called 'Muslim politics' in contemporary India. 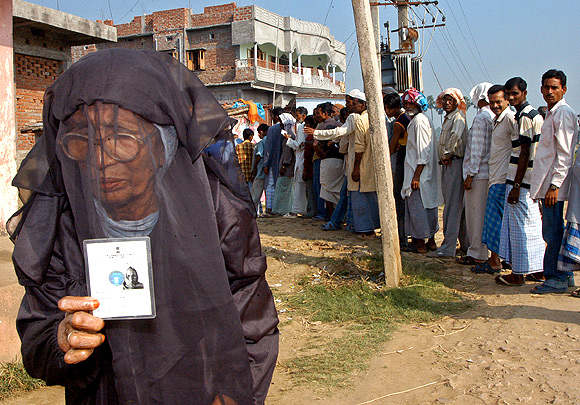 In this highly complex scenario, we need to situate the question of Muslim voting behaviour which is inextricably linked to the nuances of India's democratic experiences.

In this case, caste and religion are amalgamated with secular-developmental issues and affect the political choices of voters.

The individual voter, in this scheme, casts her/his vote not merely as a citizen but also as a member of a particular caste and social group(s).

Yet, despite this overt adherence to group loyalties, the voting patterns over the years reveal that the Indian electorate prefers to avoid extreme caste/religion-based politics.

The BJP's limited success during the heydays of the Ram temple campaign is the best example in this regard.

This is also true about Muslim voting behaviour. Muslims, like other social groups and communities, do respond to a number of local, regional and national issues, yet they do not give up their Islamic identities.

Since Muslim voting pattern is always recognised as a 'litmus test' of India's secularism, concepts such as the Muslim vote bank tend to dominate our public discourses.

'The Muslim vote in Uttar Pradesh was highly diversified' 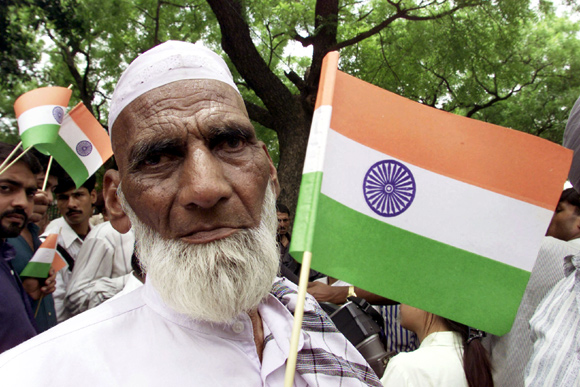 Image: A Muslim activist during a demonstration in New Delhi
Photographs: Kamal Kishore/Reuters

Has anyone ever asked about the Brahmin vote bank or Rajput vote bank?

The recent Uttar Pradesh election is quite relevant in this regard. The Samajwadi Party won the election not merely because of Muslims, but because the majority of the electorate voted for the party.

Let us look at the evidence. As per the official figures, 29.15 per cent of the votes went to the Samajwadi Party.

If we deconstruct this official data by comparing it with the CSDS NES data based on sample survey, a few very interesting findings come up.

We discover that although the Samajwadi Party enjoyed a sizeable Muslim support (39.4 per cent), the Bahujan Samaj Party also performed well among Muslims.

It received 20.4 per cent votes. Even the Congress managed to get 18 per cent Muslim votes.

A remarkable support from the Yadavs (65.8 per cent), Kurmi/Koeri (35 per cent), Rajput (25.5 per cent) and other Other Backward Classes (26.3 per cent) also contributed to the Samajwadi Party's success.

a. The Samajwadi Party received significant support from all social groups and secured maximum number of votes.

b. The Muslim vote was highly diversified. It is true that the majority of Muslims went with the Samajwadi Party, but at the same time, a considerable numbers of Muslims favoured the BSP and Congress.

Can the Muslim vote bank kind of media-friendly framework explain this complex picture?

'Caste among Muslims is an important political factor' We have seen a significant change in Muslim politics in the past few years, especially in UP, and that is the rise of caste politics.

How do you explain this?

Caste among Muslims is an important political factor. However, it was not so visible in pre-1990 India -- partly because there has been a dominant discourse of Muslim unity, which used to set the terms of Muslim politics for a long time, and partly because there was no scope for the Muslim affirmative action politics in pre-Mandal era.

In recent years, the rise of Pasmanda (supposedly low-caste Muslim) politics has changed this configuration in a significant way.

The functioning of an internal power structure among Muslims has become a serious object of analysis.

There can be two ways to explain this phenomenon. One, we simply start celebrating the rise of hitherto marginalised Muslim communities as a reflection of the deepening of democracy in the Indian context, paying no attention to the specific demands of the Pasmanda groups.

Second, we must rethink our research tools to understand the nature of Muslim caste politics and its wider social significance. I personally prefer the latter route because I believe in evidence-based analysis. 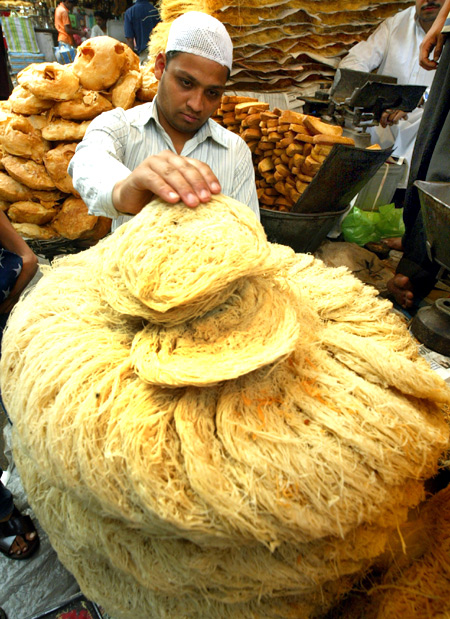 Image: A Muslim on the first Friday of the holy month of Ramzan
Photographs: Kamal Kishore/Reuters

The CSDS NES data is also sensitive to the caste dynamics among Muslims. That's why we have two categories -- Ashraf and non-Ashraf Muslims -- in our sample.

Let us once again look at the recent UP election. Our data shows that 41.2 per cent upper-caste Muslim votes went to the Samajwadi Party./P>

The Congress (26.6 per cent) and the Bahujan Samaj Party (12.1 per cent) also received a significant Ashraf support.

Although the Samajwadi Party also got 38 per cent of the non-Ashraf votes, the BSP's performance is quite noticeable.

This clearly shows that the inclination of upper-caste Muslims towards the Samajwadi Party and the Congress is higher compared to lower-caste Muslims.

Interestingly, the BSP, which seems to enjoy a certain acceptability among non-Ashraf voters, does not open up on the Muslim caste question. 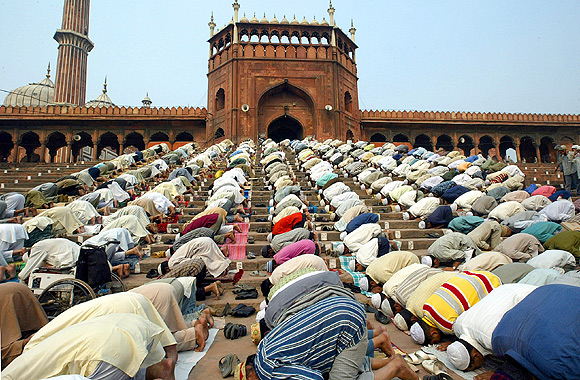 Why did the BJP and Congress fail to win large support?

The Congress and BJP were organisationally weak. In addition, both parties have failed to produce sensible political claims to substantiate identified electoral agendas.

For example, the BJP could not leave Hindutva, which still provides an intellectual foundation to its ideology of cultural nationalism.

However, the party ideologues have not made any serious attempt to redefine Hindutva through an emerging discourse of social exclusion and reservation.

This is also true about the Congress, which has failed to realise the fact that electoral democracy cannot function only on the basis of the rhetoric of the Gandhi-Nehru family.

'The SP and BSP had an advantage over the other parties' 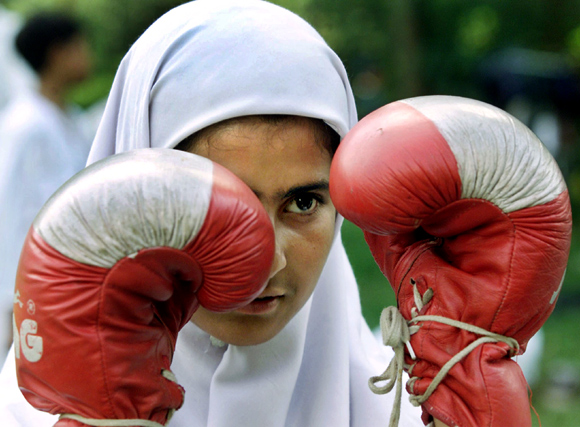 What's behind the success of the Bahujan Samaj Party and Samajwadi Party kind of politics?

The BSP and Samajwadi Party have been involved in certain kinds of social justice politics for a long time.

(Samajwadi Party supremo) Mulayam Singh Yadav and (Bahujan Samaj Party supremo) Mayawati emerged from social movements. This political background gave them an added advantage over the others in two ways.

One, the various techniques of mass mobilisation, which these parties have evolved over the years, helped them to consolidate the organisational structures and its effective functioning at the bottom level of the constituency.

For instance, the BSP went for the radicalisation of the reservation regime as an electoral plank and the Samajwadi Party brought the issue of equity-based development. These arguments were coming from concrete social realities and had an impact on the political psyche of electorates.

'Our democracy is successful because our voters are smart' 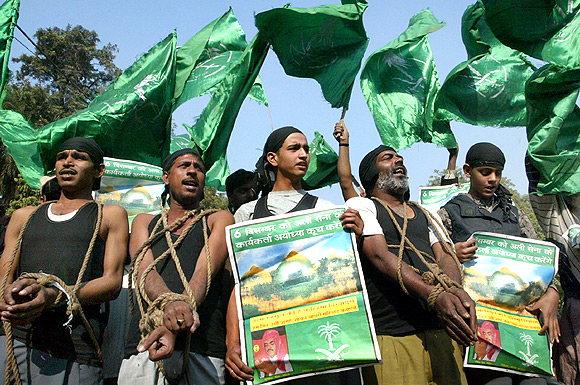 Image: Muslims protest at a demonstration to mark the 11th anniversary of the Babri Masjid demolition
Photographs: Reuters

Do you think the voter, especially in UP, is getting smarter?

The voters have always been very smart and that is why our democracy is successful.

Despite various problems, our political system has managed to provide some space to the Indian electorate. Consequently, it became possible for common Indians to produce some highly dramatic political changes.

The Congress lost the elections in various states in 1967; Indira Gandhi, who tried to do every possible thing to establish her control over the country during the Emergency, lost the elections in 1977; and the BJP could not manage to secure a two-third majority in Parliament despite getting involved in extreme rightist politics in the 1990s. 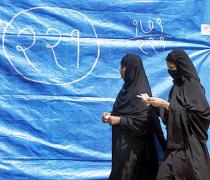 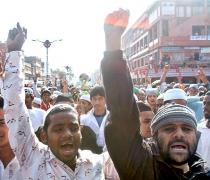 Why many Muslim youngsters are maintaining a diary

Congress has NO CLUE what Muslims WANT 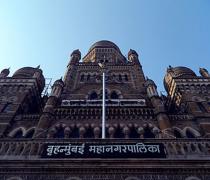 NRIs must come together to fight corruption: Kiran Bedi